Stem cell treatments are all the rage. Since they’re mostly illegal in the US, patients have been going to other countries for treatment (stem cell tourism). The claims are grandiose, but the evidence to support those claims is thin gruel.

What are stem cells? 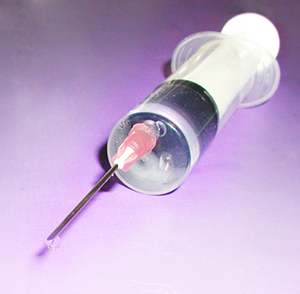 Embryonic stem cells are the cells in the early embryo that develop into all the different types of cells needed to make a baby. The idea was “Hey, let’s harness that. If stem cells can grow a whole baby, we ought to be able to use them to fix anything that goes wrong. They could replace cells or entire organs anywhere in the body that have been harmed by disease or injury.” Simple idea, but not so easy to implement. For stem cells to be useful, we would have to figure out how to get them to where they are needed, control their differentiation to produce the type of cells we want, and make sure they didn’t go elsewhere and create problems or develop into malignant tumors.

Research on embryonic stem cells was hampered by public objections and government restrictions. But that didn’t matter so much, because researchers soon learned that they could harvest stem cells from adults. Adult stem cells are found throughout the body. They have a repair function in the organs where they are found. To some extent, they can be artificially induced to behave more like embryonic stem cells, with the potential to develop into types of cells other than just the cells of the organ where they were found.

There are various types of adult stem cells. Mesenchymal stem cells (MSCs) have properties that make them particularly popular for therapy. They are derived from placenta, umbilical cord, fat cells, or muscle cells. They can differentiate into various cell types but not into blood cells.

In preliminary clinical studies, stem cells have shown promise for a number of conditions, from knee osteoarthritis to heart failure. But the quantity, quality, and consistency of the evidence is low. There are safety concerns. MSCs have caused malignant tumors in mice. The cells are manipulated in the lab with products that could cause immune reactions or transmit zoonoses. They potentially could create mesenchymal tissues at sites where they are not wanted.

There have been reports of serious adverse effects from stem cell treatments, including blindness, paralysis, and tumors.[i] The U.S. Food and Drug Administration (FDA) has approved only a limited number of stem cell-based products[ii] for certain indications including certain blood cancers and some inherited metabolic and immune system disorders.

The FDA is concerned that vulnerable patients are getting stem cell treatments that are illegal and potentially harmful. They have issued consumer warnings:[iii]

“If you are considering stem cell treatment in the U.S., ask your physician if the necessary FDA approval has been obtained or if you will be part of an FDA-regulated clinical study. This also applies if the stem cells are your own. Even if the cells are yours, there are safety risks, including risks introduced when the cells are manipulated after removal…There is a potential safety risk when you put cells in an area where they are not performing the same biological function as they were when in their original location in the body… Cells in a different environment may multiply, form tumors, or may leave the site you put them in and migrate somewhere else.”

And they warn that if you’re considering treatment in another country you should:

Riordan operates a stem cell clinic in Panama. Mel Gibson raved about how Riordan had healed him and his father, and Rogan gave his own testimonial about how stem cell injections had cured his shoulder pain. Riordan claimed that he has gotten miraculous results for a variety of diseases in patients the medical establishment had given up on.

Riordan is not a medical doctor: he trained as a PA (physician assistant) and has a PhD. He has supported some questionable treatments like IV vitamin C for cancer. He ran a stem cell clinic in Costa Rica that was shut down by the government because his treatments were not supported by evidence. So he moved to Panama, where government regulation is more permissive.

He claims to have a revolutionary method of using stem cells. Umbilical cord MSCs are isolated, then grown and manipulated in his lab. He selects the ones most likely to work by analyzing them for 1200 different molecules that they express, and he rejects 90% of umbilical cords. He has identified “golden cells” that always seem to work. He says his cells are a high-quality product grown in the laboratory and certified to be safe and free of infectious diseases. He claims that his stem cells will not differentiate into other types of cells; I question that. MSCs clearly can differentiate: that’s what defines them as stem cells.

He told Rogan amazing stories (a hopeless quadriplegic restored to full function!) and said the details and the evidence are in his book, Stem Cell Therapy, A Rising Tide: How Stem Cells are Disrupting Medicine and Transforming Lives.[v] I read his book. It is essentially a litany of anecdotes. It is impressive and tugs at the heartstrings: he reports amazing cures of patients with spinal cord injuries, multiple sclerosis (MS), heart failure, the frailty of aging, respiratory disorders, arthritis, orthopedic conditions, ulcerative colitis, diabetes, lupus, and even autism! But the plural of anecdote is not data. Good scientists know ten anecdotes are no better than one and a thousand are no better than ten. To find out if a treatment works, no number of anecdotes can ever constitute proof. It is essential to test the treatment in properly designed randomized controlled clinical trials.

Riordan’s miracle stories are marred by inconsistency. Patients were treated with a variety of methods, often more than one at a time. He provides copious references, but they are mostly about other kinds of stem cells therapies, preclinical animal studies, basic science, and speculative opinions. He doesn’t actually have any controlled studies to support the specific kind of stem cell therapy he is providing (at up to $38,000 a pop!).

He thinks a dysfunction or lack of MSCs is the root cause of most diseases including cancer, which he says is a last-ditch effort to heal a non-healing wound. I don’t think so!

There is a very telling statement in Arnold Caplan’s Introduction to the book. He says,

“This book is not what I pleaded with Neil to write…I have, for many years, begged him to give us outcome reports of his many patients: what they have as clinical problems, what they walk in with, and the longitudinal outcomes after the cell infusions.”

Controlled clinical studies are very expensive, but Riordan could easily have published case series of patients with a given disease treated with a well-defined treatment protocol, providing all the details of successes and failures, to allow for peer review. He could have published his procedures for selecting his “golden cells,” which would have allowed other researchers to try to replicate and validate his results.

Is this really stem cell treatment?

Technically, “stem cell” therapy may be a misnomer. It doesn’t depend on MSCs differentiating into mature tissue cells. It depends on the cells producing useful secretions.

“it has been clearly demonstrated that MSCs home to sites of inflammation or tissue injury and secrete considerable levels of both immunomodulatory and trophic agents. This indicates that their therapeutic capacities are not associated with the ability of MSCs to differentiate into different end-stage mesenchymal cell types and thus the term “stem” is not essential to describe these cells.” [vi]

Perhaps MSC should stand for “medicinal signaling cells.” In Riordan’s book he claims to have isolated the signaling secretions and put them in what he calls Magic Juice.  He says it works even better than using the cells. If his Magic Juice is anywhere near as effective as he claims, pharmaceutical companies should be clamoring to develop it into a patentable drug.

He hasn’t published much. PubMed lists his articles; they are mainly about orthomolecular medicine and about subjects only peripherally related to his MSC treatments. Only one article[vii]addresses the treatment he is currently using. It is a feasibility study of MS with 20 subjects and no control group.

As the International Society for Stem Cell Research says, “Stem cell therapy for a majority of conditions is still at a preclinical phase, yet many clinics worldwide routinely and illegally provide untested and dangerous stem cell therapy to desperate and vulnerable patients, for large sums of money.”[viii]

If Riordan’s method works, it is unethical of him not to publish and share his data with the world. If it doesn’t work, he is fleecing vulnerable patients. If it can be proven to work, I’ll be delighted. I’d love to get some of that Magic Juice! But I’ll wait until it has been tested.

This article was originally published as a SkepDoc column in Skeptic magazine.