Diving into the VAERS Dumpster: Fake News about Vaccine Injuries

Diving into the VAERS Dumpster: Fake News about Vaccine Injuries

Vaccines are unquestionably one of the greatest triumphs of modern medicine. Smallpox was the deadliest scourge in human history. It was responsible for 300-500 million deaths in the 20thcentury alone, when it was already on its way out. Thanks to vaccines, smallpox has been completely eradicated. And now polio is well on its way to eradication. Today it occurs only in three countries: Pakistan, Afghanistan, and Nigeria (except for a recent case reported in Papua New Guinea). 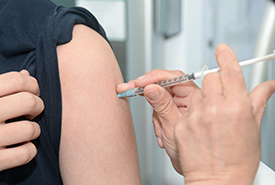 How quickly we forget! Only some of us older folks can remember our parents not letting us go swimming in the summer because of polio risk. We’ve made great progress against many other vaccine-preventable diseases. Today’s children won’t get sick with chickenpox, mumps, and measles like I did. We even have two vaccines against viruses that cause cancer: human papillomavirus (HPV) and Hepatitis B.

Vaccinations constitute a wonderful insurance policy. You’d think no one would want to refuse that protection. But plenty of people do, because of misinformation being spread by the media and by misguided vaccine opponents. I’ll call them anti-vaxxers. They may protest, like Jenny McCarthy, that they’re not against vaccines, they just want safe vaccines or a delayed schedule. But they are clearly anti-vaccine. They are vaccine denialists, not vaccine skeptics. They reject the overwhelming scientific evidence for the safety and effectiveness of vaccines. And they’re endangering us all by reducing the herd immunity in our communities.

Anti-vaxxers claim that vaccines cause all sorts of terrible harms. The biggest kerfuffle was over concerns that the MMR vaccine caused autism. For a time, the mercury-based preservative thimerosal was blamed; but when thimerosal was removed from vaccines, the rate of autism didn’t decline. Multiple scientific studies have failed to even find any correlation between vaccines and autism, much less evidence of causation. In fact, one study seemed to show that vaccine recipients were lesslikely to be diagnosed with autism.

Antivaxxers love The U. S. Vaccine Adverse Event Reporting System (VAERS). They gleefully point to it as evidence that vaccines cause serious adverse effects and deaths. They don’t understand how VAERS works.  It doesn’t collect data systematically, nor does it constitute proof of harm from vaccines. It accepts any and all anecdotal reports from patients, doctors, lawyers, or anyone who thinks an adverse event has happened after a vaccination. The anecdotes are not verified. There is evidence that whenever a particular adverse event like autism is being litigated, the number of reports of that adverse event in VAERS increases. Perhaps the litigants are putting more reports into the system so they can present the data as evidence in the courtroom.[i]

Anyone could lie and put in a false report. Dr. James Laidler did just that. He submitted a report saying that after he got a flu shot, his skin turned green and his muscles swelled up; he described turning into the Incredible Hulk. His report was accepted and entered into the database. To the credit of VAERS, they noticed that the report was suspicious, so they phoned him and asked his permission to remove it, which he readily granted. Had he refused, the report would still be in the database and antivaxxers could point to proof that the flu vaccine turns people into Incredible Hulks.

VAERS data can be useful when used appropriately. There were a number of reports of intussusception after the older RotaShield rotavirus vaccine. An investigation showed there really was a connection, and that vaccine was taken off the market. But the anecdotes in VAERS are only a starting point. Reports of deaths are investigated; in most cases they have found a non-vaccine cause of death. One girl who died after the HPV vaccine was found to have died of a drug overdose. In other cases, there was not enough information to determine the cause of death.

Anecdotes alone are not data. Bad things can happen to anyone. We need to know if they happen more often in vaccine recipients than in the general population. If so, that establishes a correlation. But a correlation is not enough to establish causation. You may remember the graph showing an almost perfect correlation between autism diagnoses and the sales of organic food.

In a study that reviewed VAERS data looking for causality, “causality was thought to be probable or definite in less than one quarter of reports, and these were dominated by local reactions, allergic reactions, or symptoms known to be associated with the vaccine administered.”[ii]Most of these were “probable.” Only 3% were “definitely” related to the vaccine, and most of those were not serious.

Relying on VAERS has been likened to “Dumpster Diving for Data.” The antivaxxers love that sport. For the HPV vaccine Gardasil they proclaim, “Gardasil is killing women!” They cite VAERS reports of 32 deaths and 12,000 complaints. In reality, after more than 170 million doses, no death has ever been linked to Gardasil.

For HPV vaccines, none of the events reported to VAERS were found to be any more common after HPV vaccination than among the comparison groups. In a large controlled study, only two things were associated with HPV vaccine: venous thromboembolism (VTE, blood clots) in 0.2/100,000 doses, and fainting after the injection in 8.2/100,000 doses. The numbers for VTE were not statistically significant, and most of the patients had other risk factors for VTE. Causation was not established. In another study with 200,000 subjects, they only found a correlation with fainting (6 times as likely in recipients) and skin infections in the two weeks following vaccination (1.8 times as likely in recipients).

One bit of fake news that’s been circulating is the rumor that Japan banned the HPV vaccine. It did no such thing! The vaccine has been available for free in Japan since 2010 and it is still available for free. What happened was that the Japanese government temporarily suspended their official recommendation to get the vaccine while they investigated anecdotal reports that 38 girls had experienced pain and numbness after vaccination. The investigation was soon completed, and it found the vaccine wasn’t responsible. But for some reason, they never got around to reinstating the recommendations. As a result, completion rates for the HPV vaccine series plummeted from 74% to 0.6%. This is very unfortunate. It means Japanese children have been deprived of the protection against cancers caused by HPV. That includes cervical, anal, oropharyngeal, vaginal, vulvar, and penile cancers. It can take twenty years or more for those cancers to develop: a few decades from now, Japan will be seeing cancers that could easily have been prevented. And even if they don’t get cancer, some people will develop genital warts and other STD symptoms that could have been avoided.

The hepatitis B vaccine is routinely given to newborns in 184 countries. It has an excellent safety record. After over a billion doses given, the only serious adverse event that has been identified is an allergic reaction in fewer than one in a million recipients. It is given to newborns because the younger the age at infection, the more likely hepatitis B will persist as a chronic infection that carries a risk of liver failure and liver cancer later in life. A whopping 80-90% of those infected before the age of one will develop a chronic infection, compared to only 5% of adults. It’s working. The incidence of hepatitis B infections in the US has dropped dramatically since we began vaccinating newborns.

The antivaxxers ignore these facts and offer their own version. Here’s what one antivaxxer said about the Hep B vaccine: “it is a toxic exposure that has unknown and unpredictable effects. It has never been appropriately studied in humans (true placebo control), and what we are observing from population-based reports is that 443,093 adverse events (headache, irritability, extreme fatigue, brain inflammation, convulsions, rheumatoid arthritis, optic neuritis, multiple sclerosis, lupus, Guillain-Barre Syndrome (GBS) and neuropathy) have been registered including >1500 deaths, often labeled as Sudden Infant Death Syndrome.”

None of that is true. The writer had to dive deeply into the VAERS dumpster to come up with these fantasies. Talk about fake news!

Another favorite tactic of the anti-vaxxers is to claim that the government knows vaccines are harmful and it pays out money to compensate victims. They cite cases from the National Vaccine Injury Compensation Program, also known as the Vaccine Court. NVICP is a no-fault system for litigating vaccine injury cases. It was established in 1986 in response to a threat to the vaccine supply. Disregarding strong scientific evidence about the safety of the DPT vaccine, juries had been awarding large sums to plaintiffs who claimed they had suffered vaccine injuries. In self-defense, most companies had stopped producing the DPT vaccine.

Under the provisions of the National Childhood Vaccine Injury Act, vaccine injury lawsuits can no longer be filed in state and federal courts. Instead, these cases are heard by a Special Master in the US Court of Federal Claims. The petitioner must present a biological theory of harm, a logical sequence of events connecting the vaccine to the injury, and establish an appropriate time frame in which injury occurred; the petitioner must also show that there is not another biologically plausible explanation for the injury. These are legal requirements and are not sufficient to establish scientific truth. In 2006 an award was granted to a petitioner who claimed that a hepatitis B vaccine caused her multiple sclerosis, despite several scientific studies showing that the vaccine doesn’t cause or exacerbate MS.

Some recognized vaccine injuries are listed in an official Table of Injuries, along with a time frame. For instance, anaphylaxis is known to sometimes (rarely) occur with vaccines and it usually occurs within four hours of the injection. For a claim of vasovagal syncope, it must have occurred within an hour. If an injury is listed on the table and the time frame is appropriate, compensation is automatically granted. For off-table injuries, the claimant has to show that it is more likely than not that the vaccine caused the harm. The standard of proof is much lower than in regular courts.

In short, this is a no-fault system designed both to preserve the vaccine supply by protecting manufacturers from liability and to facilitate compensation for people who are assumed to have been injured by vaccines.  A successful lawsuit does not constitute scientific proof that the vaccine caused the injury.

Vaccines are safe. The anti-vaxxers are trying to create a manufactroversy based on dumpster diving for data in VAERS and other sources of misleading information. They are spreading fake news. Remember, VAERS is vaery unreliable.

This article was originally published as a “Reality Is the Best Medicine” column in Skeptical Inquirer.