This ND recommends peat therapy, including peat baths, peat tampons, and peat bras, for a variety of conditions including infertility and HPV infections. The evidence is lacking. 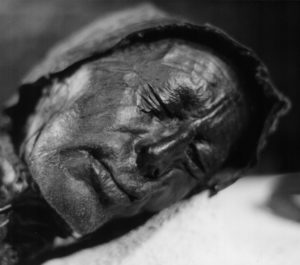 Last week I reviewed the major naturopathy textbook. It mentioned a therapy I was not familiar with: peat therapy. I wanted to know more about the rationale for peat therapy, the benefits claimed, and the supporting evidence. What I found was a good example of the same flaws in the naturopathic approach that I pointed out in my review: speculative rationales, overblown claims of effectiveness for a multitude of ailments, reliance on poor quality evidence and opinion, a willingness to experiment on patients with untested treatments, and very little in the way of science.

Basically, peat is partially decomposed plants. Peat forms when dead plants (usually bog plants like mosses, sedges, and shrubs) decay under acidic and anaerobic conditions and do not fully decompose. Over geologic time periods, under the right conditions, peat can develop into other fossil fuels such as coal. Peat is cut into blocks, dried, and used as fuel, particularly in Ireland, Scotland, and Finland. Peat (“peat moss”) is also widely used by gardeners to improve soil quality and manage water content.

An unintended use was the creation of natural mummies, the Bog Bodies. The most notable example is Tollund Man, discovered in a peat bog in Denmark. His body is boneless but otherwise remarkably well-preserved.

It was only recently that naturopaths decided that it would be a therapeutic to bathe in peat, wear it, or… put it into the vagina! (No, that’s not a joke. Read on if you dare.)

The rationale for peat therapy

On a naturopathic website, Sussanna Czeranko, ND, refers to peat as a living pharmacy because it is derived from hundreds of plants, many of which have medicinal uses. She says peat is better than plant elixirs, because in peat the plants are not yet “dead” but “fresh and alive”. The amounts of any one of those medicinal plants in peat would be minuscule; but then naturopathy endorses homeopathy, believing it can heal with no amount at all. Most of these “medicinal” plants were medicinal when used orally; it’s not clear that exposing the skin to them in a bath would be effective. “Fresh and alive”? These plants are technically already dead by any scientific reckoning, and a compound that is an active ingredient does not automatically disappear when the plant dies; but naturopathy believes vague vitalistic essences can be mystically transferred to the body, allowing it to heal itself.

Peat traps water and retains heat. Czeranko says there is sorption of heavy metals, so peat could be expected to assist in detoxification. She says the “humic substances” in peat have therapeutic actions including estrogenic activity, antiviral properties, bacteriostatic qualities, elimination of rheumatic factors, modulation of inflammation, analgesic properties, and treatment of infertility. One of her references says the components responsible for estrogenic activity “may contribute substantially – provided that they can penetrate the skin.” She says the fatty acids in peat lipids “have been found to induce apoptosis in cancer cells.” None of those beneficial effects can happen if the substances are not absorbed through the skin. She provides no evidence that they are absorbed, much less that they have practical therapeutic effects.

This is typical of the naturopathic approach: find any and every effect that has ever been reported and imagine that it might have some application to improving clinical outcomes in humans. Never mind testing to see whether it actually does.

Water cures were a big part of naturopathy at its inception. Mineral and thermal springs were developed into spas. Balneotherapy refers to the treatment of disease by bathing in mineral springs. Peat mud and suspension baths as well as poultices are the most common types of peat application in balneotherapy. Peloids refers to muds or clays that are used therapeutically. Peat peloids are said to release biologically active compounds such as flavonoids.

Czeranko laments that “Many of us were not introduced to balneotherapy during our naturopathic training.” She claims it is very valuable:

That’s a lot of claims, but is there any evidence to back them up? Where is that literature she refers to? I looked, and I didn’t find much. There are a few individual trials that appear to support a few of her claims, but certainly not all of them. There are a number of systematic reviews for a few of the conditions she lists. Most are not very supportive.

There are also positive systematic reviews.

Trials are heterogeneous, typically poor quality, and not replicated. Most come out of Russia and Eastern Europe. For conditions involving pain, positive results might be due to the application of heat, rather than to anything specific in the peat. I couldn’t find a single controlled trial comparing peat therapy to other treatment modalities that apply heat.

She quotes Adolf Just, an early naturopath who used earth for every ailment:

Earth or clay applied to suffering parts of the body draws out all morbid and foreign matter. Herein lies its wonderful value if applied in any malady, no matter its name, be it gout or consumption, or abscesses or female troubles [infertility]; in a word, it is a cure-all for almost every evil of the body.

Just wrote this in a 1906 article published in Naturopath and Herald of Health. Czeranko does not question his opinion that it is a cure-all.

A comprehensive balneotherapy program for infertility includes three weeks of peloid baths, peloid compresses, and mineral baths. Patients are assessed by a physician and prescribed an individualized program with dietary guidelines, exercise, and physical therapy.

She says German researchers have reported that 30-50% of infertile patients became pregnant after peat therapy. That might sound impressive until you ask how many of them would have become pregnant without peat therapy. In a 2011 study of patients with unexplained infertility, 81.5% became pregnant, and 73.9% of the pregnancies were conceived spontaneously. By comparison, one might conclude that peat therapy impedes conception.

She says that vaginal peat tampons can easily replace the peat bath, and can be prepared at home (by rolling peat in gauze) and self-administered. She says, “The peat vaginal tampon has been shown to have 80% success rates in the treatment of papillomavirus infections”. Her source for this is not a controlled study but a book published in 2006 in Finland. I was only able to find two published studies of peat tampons, and from the titles, it doesn’t appear that they address either infertility or HPV infections. One is partially titled “New method of administration of peat” and the other is a short 2-page article on “Indications and results of vaginal peat tampons.” They are by a single Czech researcher, Cerný, published in two Czech journals in 1974. They are listed in PubMed, but abstracts are not available.

Naturopaths would not have to worry about treating HPV infections if they practiced what they preach about prevention. We have an effective vaccine to prevent HPV infections and the cancers that can result from those infections, but the major naturopathy textbook doesn’t even mention it.

Ms. Czeranko seems to be something of a lone wolf. Almost everything on the Internet about peat tampons brings up her name and no one else’s. I was only able to locate one website that did not mention Czeranko. It describes vaginal peat tampons as a way to apply localized heat, but it doesn’t mention using them for infertility or HPV, and it provides no supporting scientific studies. It lists spas in the Czech Republic that use peat tampons. It warns “It is possible to prescribe the procedure only after a gynaecologic examination and with a gynaecologist’s recommendation.”

That website doesn’t mention Czeranko, but all the other references to peat tampons were articles by Czeranko, for instance in the Townsend Letter. There she claims that peloid bras (applications of peat to one or more breasts) act reflexively to stop uterine bleeding. And she describes her experience treating open cuts and wounds with peat.

The published evidence is preliminary, heterogeneous, scanty, and unreplicated. It is consistent with the hypothesis that peat therapy and other forms of balneotherapy have no specific effects but act nonspecifically as a way to apply heat. Heat provides comfort in many conditions, and patients may find the spa experience pleasant and relaxing. But it’s not likely to objectively improve clinical outcomes in all those diseases. I think most reasonable people would want more evidence of health benefits and safety before immersing themselves in partially decayed vegetable matter or stuffing it up their vaginas. Maybe not; after all, decay is natural.

Note: for what it’s worth, Czeranko is listed in the Encyclopedia of American Loons for her virulent anti-vaccine pronouncements and other loony beliefs.

The care and feeding of the vagina